'Casa Aurelia' logo is designed for the modern and stylish apartment in the center of the city Krk (island Krk, Croatia).
Elements used in the logo are directly related to those prominent symbols of the city. This logo symbol of Leo shaped in the form of sun depicts an apartment with a personality, open-hearted and friendly radiant space.

The symbol of a lion carved in a stone is often found on the island, although this animal is not part of the island’s fauna. It is the seal of the time of Venetian domination of this area because it is known that lions are common animals in the canals there.
Genuine Calacatta marble from Italy is a beautiful stone used in interior design and therefore it is an important part of the brand story.
The logo typography is stylish modern calligraphy font with casual-chic flair resulting in a modern aesthetic and timeless design. 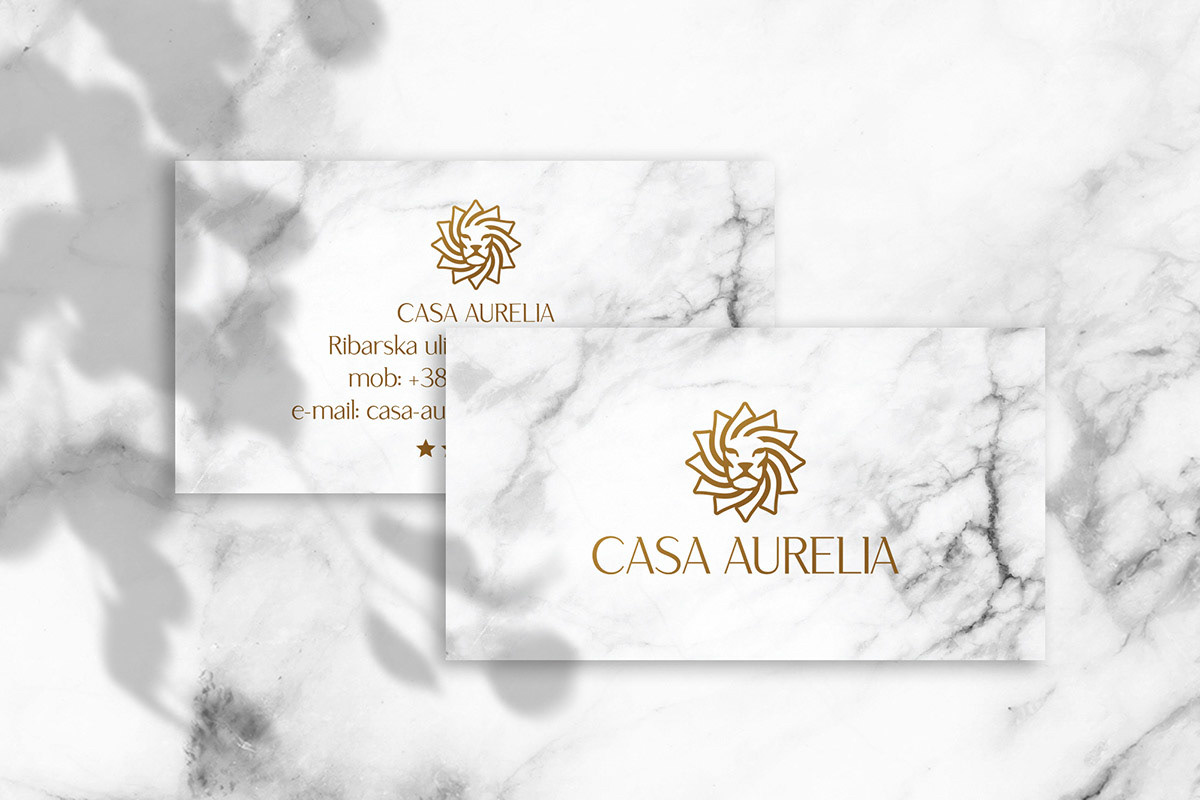 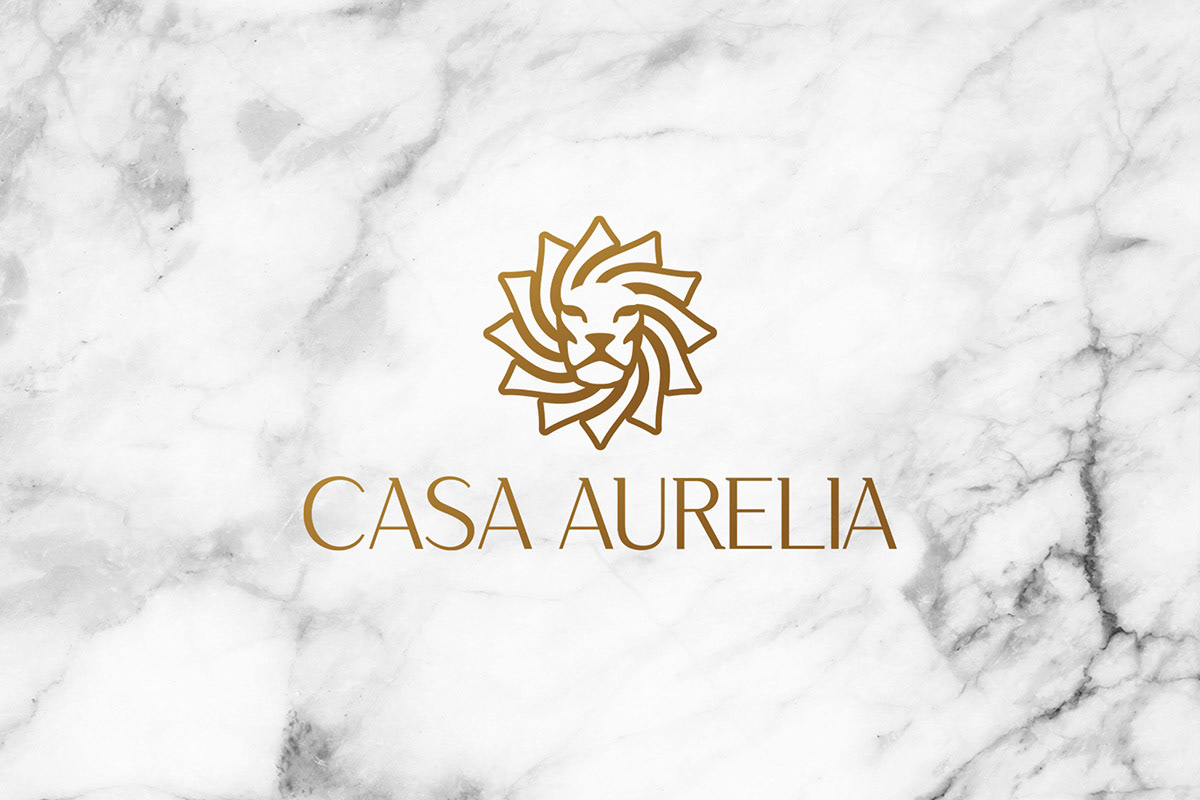 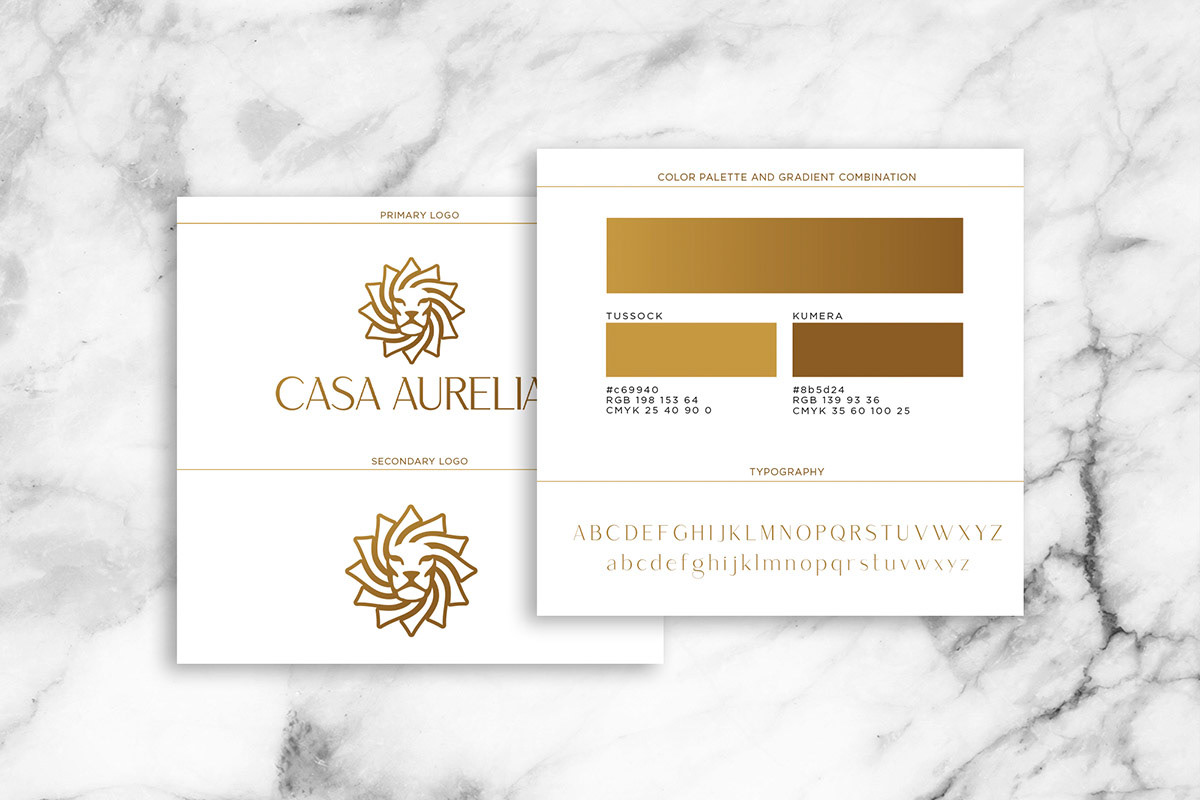 We use cookies to ensure that we give you the best experience on our website. If you continue to use this site we will assume that you are ok with it. Accept Decline